﻿My research examines development from an evolutionary perspective. Specifically, I am interested in understanding children's prosocial behaviors and how cognitive and physical immaturity might be adaptive.
﻿

What is Evolutionary Developmental Psychology?

Evolutionary developmental psychology is the application of the basic principles of Darwinian evolution, particularly natural selection, to explain contemporary human development. It involves the study of the genetic and environmental mechanisms that underlie social and cognitive development, and the evolved epigenetic (gene-environment interactions) processes that adapt these competencies to local conditions. It assumes that children's behaviors and cognitions are also the product of natural selection pressures operating over the course of evolution. It further proposes that an evolutionary account would provide some insight into not only predictable stages of ontogeny, but into specific differences between individuals as well. This perspective suggests that there are multiple alternative strategies to recurring problems that human children would have faced throughout our evolutionary past and that individual differences in developmental patterns aren’t necessarily idiosyncratic reactions, but are predictable, adaptive responses to environmental pressures. 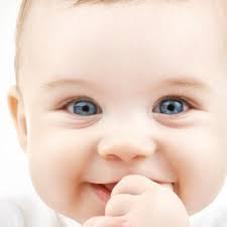 Adaptive Immaturity
The evocation of caretaking behavior from adults for the aid of a child is a critical task for survival given the dependent nature of infancy.  Characteristics or behaviors promoting attention and caretaking are likely to be selected for as they are of potentially great benefit to the child.  Perhaps the most obvious of immature physical characteristics with adaptive function is the general facial neoteny of infants, what Konrad Lorenz (1943) termed “babyness” or the “baby schema”. These facial features, such as a large head, high and protruding forehead, small nose and mouth, large eyes, and a round face convey immaturity not just in humans, but across species.  Both adults and children use facial cues when making judgments of youthfulness, helplessness, and cuteness; however older children and adults are more consistent in their attention to immature features than young children.  Furthermore, faces are a special class of stimuli with dedicated neurological processing and specific associated neurological disorders (such as prosopagnosia) increasing the likelihood that infants would be able to utilize this processing mechanism to their benefit in garnering care.

Viewing neotenous pictures is shown to increase behavioral carefulness in addition to eliciting higher ratings of cuteness and higher levels of self-reported motivation for caretaking behavior, with the effect for caretaking motivation being stronger in female participants.  These influences of neoteny on adult behavior and motivations are likely important precursors to explicit caretaking behavior.  A complimentary mechanism for garnering caretaking behavior from adults may be to also decrease aggression.  Therefore, we propose that viewing infant faces is likely to decrease adult aggression more so than viewing the faces of adults or neutral stimuli. 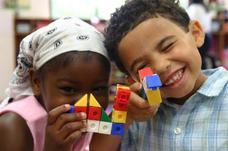 The ability to exhibit altruistic behaviors is considered one of the characteristics that distinguishes humans from other species, with further evidence from cross-cultural research showing that altruistic behavior is widespread across a variety of non-Western societies. Such findings have motivated research into the evolutionary reasons of why humans cooperate, why they exhibit a seemingly unparalleled capability for prosocial behavior, and why altruism even exists. Although most research on altruism from an evolutionary perspective has focused on adult behavior, a recent surge of studies regarding children’s altruistic behavior has emerged.

My research examines these questions by measuring altruistic behaviors in 4-, 5-, and 6-year-old children using an anonymous dictator game paradigm.  Children earn stickers by playing games and are then presented with the notion that they could donate, but are not obligated, to donate to another recipient. In an attempt to examine whether children donate differentially across recipients, children are put in a situation where they can donate to either an in-group member, an out-group member, and a family member. Preliminary results find that many children do not donate any stickers, regardless of recipient. Additionally, for the children who donate, in-group members receive significantly more stickers than out-group members. Although family members receive the most donated stickers, the quantity is not significantly different than in-group members. Future studies intend on examining a more ecologically valid paradigm, as some observational studies with adult participants has found that altruistic behavior declines drastically when in a naturalistic setting.